The difference between affordable and cheap – India Reloaded Review 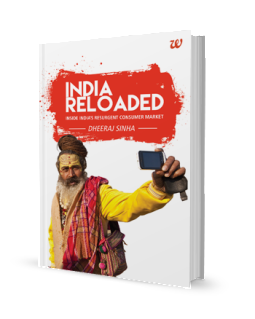 The difference between affordable and cheap – India Reloaded Review

Yes, consumers in India want products and services that are affordable but not those that look and feel cheap

Any book that starts with “You write your second book because others want you to” can be a put-off and make you feel that the author has nothing more to contribute other than self-promotion. That would be a mistake because Dheeraj Sinha’s India Reloaded questions many legacy assumptions about Indian consumers and their behaviour and gently leads you to the answers, not through heavy data but by juxtaposing numbers with rich anecdotes. The many years the author, a National Head of Planning at Grey (part of the WPP Group), has spent conducting consumer research and observing changes in the cultural and business environment of a new India come to life in the 200 pages of this book.

In the process, Mr Sinha has broken quite a few myths, the first of them being that India is a mass market and marketers should be focused on those at the bottom of the pyramid. The book makes a compelling case against this. For example, numbers such as 300 million middle-class consumers and 500 million under 25 years of age generated considerable euphoria among businesses across the globe which tried to leverage the India opportunity based on simplistic and widely-held assumptions. But the real numbers are sobering: only 56 million people own cars. And the irony is unmistakable: the country has over 900 million mobile phone connections, but there are over 600 million people who have no access to toilets or drinking water.

But this is the market in which consumers rejected the cheapest car Nano. As Mr Sinha writes, our idea of a car was conditioned by the old Ambassador – a roomy vehicle loaded with features that people had dreamt of from the 1950s to the early 1980s before the Maruti 800 changed expectations. The common man’s basic need for transportation was being fulfilled by two-wheelers anyway; what he needed was not cheap transport on four wheels but something that addressed his aspirational needs. The Nano does not do this; though affordability is always important in the mass market, a product that appears to be a stripped-down version does not fit the bill for an aspirational population. Yes, consumers in India want products and services that are affordable but not those that look and feel cheap.

There are other examples of companies trying to make a virtue of frugal innovation by giving less for less. Nokia is an example of a brand that lost the plot when it came to upgrading its products. The company spent a huge amount of time and money developing its Asha series of phones. Positioned at the mass end of the market, it was designed to bridge the gap between feature phones and smartphones. Nokia wanted to come out with a product that was smartphone-like; around the same time Samsung launched its Galaxy Y series, a real smartphone based on the Android platform, in a similar price-band. Predictably, Nokia now belongs to history in mobile phones in India.

Mr Sinha does well to harp on service as a differentiator and a business proposition (though the example of Kingfisher Airlines as an entity that redefined hospitality may be jarring) as opposed to the “kuch bhi chalega (anything goes) as long as it’s cheap” mindset. For example, for all their issues with logistics, and mistaken and delayed deliveries, the e-commerce industry in India deserves credit for the best service innovation of the decade. Their payment innovation, COD (cash on delivery), is single-handedly responsible for assuaging the fear of online transactions among Indian consumers.

India Reloaded says most consumers here are at the stage of their first or second experience of consumption. They are buying their first car, first flat screen and the thinking is that we would much rather go for things with which the world has experience. At the same time, adds the author, an innovative mindset can prise open new markets in an aspirational India. For example, Indian businesses and brands have typically targeted the lowest hanging fruit, consumers in the 25-45-year-old bracket. But don’t forget there are 350 million people in India above the age of 45. Of these, 27 million live in urban India and belong to the top three socio-economic classes and they are all part of the much-ignored senior segment in India. Having lived through the euphoria of liberalisation, this is the segment that displays maturing tastes and expectations. At the top end, this is the market for second homes or luxury cars. At the mass end, this is where the big demand for retirement homes can be found. Kesari Tours, a leading tour operator, has tapped into this market and discovered a goldmine. It runs a highly successful special tour for seniors, called “Second Innings”.

Some parts of the book are a bit tedious, especially when the author discusses political developments in great detail and describes Hindi films to show how popular culture reflects the changed thinking of consumers. But one thing is certain – if you want to understand the Indian mindset and how consumer psychology works, the book provides the on-ground realities and challenges for brands.