The Luxury
Market in India 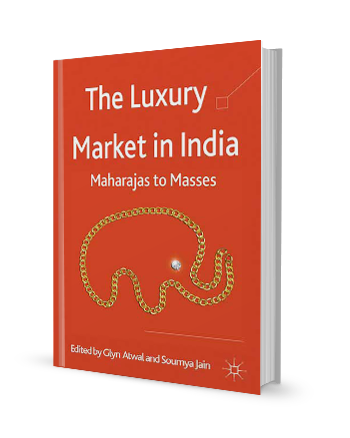 The Luxury Market in India: Maharajas to Masses

India is not new to luxury. It has a rich tradition of luxury since the times of maharajas. In fact, the royalty and their tales, influence many cultural ideals of luxury. Even today, the palaces of Rajasthan, now converted to heritage hotels like the Udaivilas, serve as fine examples of Indian luxury. Most of the religious text such as the Mahabharata are set in the times of prosperity and describe a rather opulent lifestyle.

What’s new to India, however, is the market for luxury. In the last two decades, the political, cultural and financial scenario in India has been dominated by the mainstream, middle class consumers. All the attention and resources have been focused on understanding the mass market. While India has always had a millionaires club, most of these people have traditionally shopped on their trips abroad or depended on the informal import channel.

India is currently a huge mass of consumers, constantly upgrading their lifestyle. Malls and multiplexes have brought together people of varied classes who would otherwise never rub shoulders with each other. The need for luxury here is also the need for the well heeled to signal the distance from the mainstream. For instance, the High Street Phoenix in Mumbai, which was once a premium shopping and entertainment destination, has now been rendered mainstream by the Palladium, which is geographically adjacent to it. Palladium is the destination in Mumbai that separates the rich from the mainstream with its lineup of brands such as Burberry, Hugo Boss, Canali and others.

PRAISE FOR The Luxury Market In India