Sexy Everything—Designing for Success in India 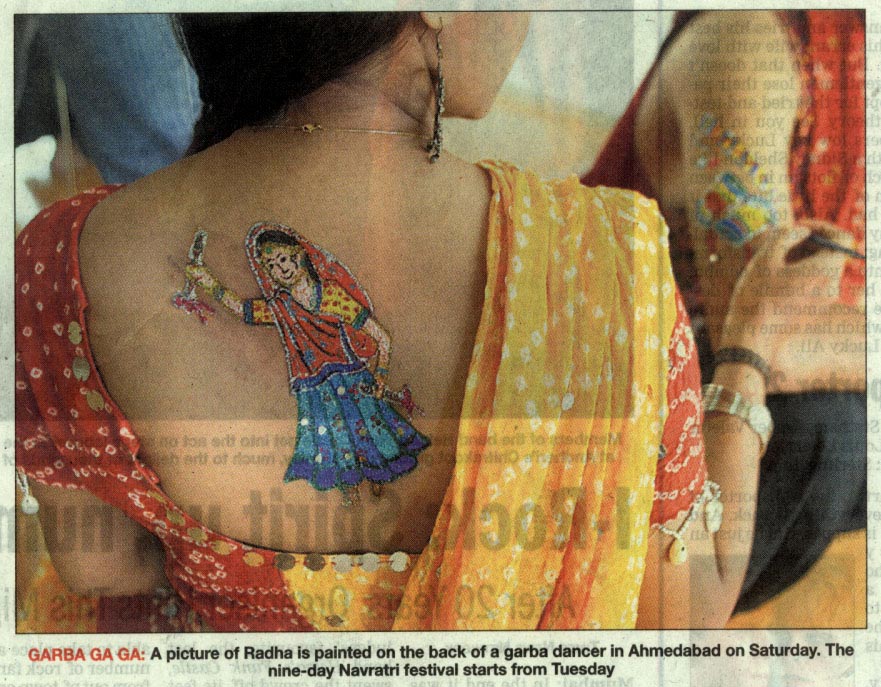 Sexy Everything—Designing for Success in India

India is today exposed to exaggerated stimulus when it comes to social and pop culture content. We want everything to be sexy and all senses to be fully driven; subtlety is being given a miss for some other time. This is mirrored in our choice of products and services. Brands and products that cater to this sensibility by enhancing their offerings, in both form and design have a lot to gain. There are obvious takeaways for creators of content, products, and services.

1.Shed social appropriateness — The first step is to recognise the emotions and motivations that were hitherto buried under social appropriateness. Bring out the taboo. In content, it’s about the issues that we have never talked about. In products, it’s about that orange colour that Ford Ecosport would never have launched if it wanted to be socially appropriate. But the colour went on to be a bestseller. The latest in this series are the health e-commerce sites, which promise to send medication and gadgets for better sexual health to your doorstep, in discreet packaging, saving you the embarrassment of asking for it in front of everyone in a store.

There’s opportunity for brands to tackle the taboos head-on. For brands targeting youth, it’s a rich territory. As discussed in the previous chapter, we live with several stereotypes about youth. Whether its drinking alcohol, living-in, choosing a career, having a point-of-view, young people are being judged on almost everything. Brands wanting to connect with youth have an opportunity to cut through the veneer of social appropriateness and call a spade a spade.

Take another example: almost all brands in the space of feminine hygiene are trapped in the image of a girl being able to jump in the air despite her periods. Brands are missing a big point here. While they are amplifying the physical benefits of a sanitary pad, they are skirting several socio-cultural issues around femininity. There’s a need for a larger conversation in this category, but only if we can shed the veil of appropriateness.

Categories such as chocolates have spent years assuaging the guilt of indulgence in India. Cadbury Dairy Milk did this by celebrating the child in every adult; Amul sold chocolates as a “Gift for someone you love.” The attempt was to make indulgence in chocolates socially appropriate for grown-up people. That was then. Now, Indians show little guilt in indulgence. No wonder that per capita chocolate consumption in India has trebled in the last decade, from 40 grams to 120 grams.

Marketers must embrace the notion of indulgence in India. Look at the example of biscuits. For a long time, the category was defined by the rather basic glucose biscuits, which were sold as nutrition for mind and body. Biscuits now have indulgence codes, and ITC’s Sunfeast Dark Fantasy and Britannia’s Pure Magic brands feast on this. In fact, the segment for premium and indulgent biscuits is growing faster than that for basic, functional ones. Consumption for pleasure and self, hitherto socially inappropriate notions, have gained legitimacy. Indulgence is not a sin anymore, its okay to sell indulgence to today’s India.

2.From mundane to thrilling—The staple homely food isn’t what excites today’s Indian consumer. This is what he has had, for ages now. He is looking for the thrill of the new. In cuisines, he wants to experiment from other regions in India and abroad. In movies, it’s Matrix-style action, and in music, it’s foot-tapping rap set to Punjabi-English lyrics. Similarly, in cars, it’s the accentuated designs and the joy of an SUV for the price of a basic sedan, and in bikes even the basic commuter segment is seeking sportier looks.

The Indian consumer is done with the expected stuff. He wants some shock value—a break away from the routine. He wants bang for his buck, he wants his money to show itself. The desire cuts across social strata. For the lower middle class it may be the thrill of visiting a mall or a water-themed park. Or the look-at-me designs in their denims. For the rich, it’s the Armani-designed apartment, or if you are Mukesh Ambani, it’s the 27-storey residence, touted as world’s most expensive residential property. Remember, none of these are about ordinariness.

We are seeking interestingness in everyday objects and experiences. The mobile phone accessory market is a testament to this. So is the market for home décor and interior design. The designs of basic utility items such as ceiling fans and kitchen utensils have undergone a makeover too. Even experiences such as discotheques are being democratized. During festivals such as Ganapati (worship of the elephant god Ganesha) in Mumbai, there are roadside discotheques that pop up for those who can’t afford entry to the expensive lounges. These are small tents with temporary flooring and a DJ who plays a mix of Bollywood and popular English music such as Avicii. Thrills are being sought and distributed across social strata and consumer categories, and we must make sure that our products and services live up to the thrill-quotient.

3.Bring to the surface—This culture of surface is not a big fan of depth, intensity, or slow discovery. Whether it’s talent, attitude, or a well-worked body it must be worn on your sleeve or, in the case of the last of these, without it. Everything today comes with an arrow sign—look here. It’s as if no one has the time and the patience to leave things to be discovered. So we have become our own curators, our profiles and posts on Facebook and Twitter capture our lives from multiple angles and bring out the star that we are.

What’s true of people should also be true of their brands. Brands today can’t be shy. There is no excuse for underselling and there are no punishments for overselling. As discussed earlier, visibility and pretence of success are critical in this market. If you are good, there’s no harm in blowing your trumpet. If some bit of controversy helps you do that, so be it. It’s a common practice now to seed controversies around a movie or a book launch. You can easily spot rumours of affairs between the protagonists of a romantic movie being seeded just before its launch.

Last year, a book by the long-time Congress loyalist, Natwar Singh, ‘One Life is Not Enough’, made startling revelations about the Congress President Sonia Gandhi and her role in the previous government. So did Sanjay Baru, ex-Prime Minister Manmohan Singh’s media advisor, in his book, ‘The Accidental Prime Minister’. The latest to join this bandwagon is Sachin Tendulkar’s ‘Playing It My Way’. Sachin made several controversial revelations about the erstwhile coach of the Indian cricket team, Greg Chappell. Many found Sachin’s stoking of such controversy unbecoming of his carefully cultivated, good-boy image. However, the way in which these stories were carefully planted in the media on the eve of his book launch made it apparent that seeding controversies was now a legitimate marketing tactic. Incidentally, all these books managed to hit the bestseller charts, riding their respective controversies. The lesson then is clear—it doesn’t matter what you are trying to sell, make it snacky and spicy. We live in times when over-the-top is a good thing. Everything is fair in love, war, and marketing, so it seems.